Freedom and the Refugees

Liberty is arguably the bedrock of modern, Western-style democracies. From the French Revolution’s trinity “Liberty, Equality, Fraternity,” the last term echoes nowadays as a quaint, out-of-the-grandma’s-closet reverie. Equality fares a bit better. But while we firmly believe that everyone is equal before the law, things get more complicated when it comes to economics. Should everyone (and every nation) have the same amount of money? The rising inequality both within and between countries reveals that, good intentions and the Millennium Development Goals notwithstanding, reducing the differences between haves and have-nots is not high on the agenda. Liberty, however, seems to have held its ground. True, there are plenty of unfree societies, but Europe and the United States are persuaded of the urgency to improve this situation. Many a war has been and is still being fought today with the goal of “exporting” freedom and democracy to those countries that keep resisting them

A key component of liberty is freedom of movement. People should be allowed to circulate within the borders of their own country and, ideally, also between nations. We are so enamored with freedom of movement that we have granted it even to non-human, more abstract entities such as companies and capital. Free trade relies precisely on the flow of money and goods across boundaries and borders, a circulation accelerated by economic globalization. The Schengen area that now encompasses 26 European nations—22 EU and 4 non-EU members—is part of this generalized push towards freedom of circulation.

In a globalized world of constant movement, refugees appear as grains of sand in a well-oiled machinery. The onslaught of economic migrants and refugees arriving by the thousands to the coastal areas of Greece, Italy and Spain, fleeing civil war in Syria and Iraq, violence in Afghanistan and Pakistan, and economic hardship throughout sub-Saharan Africa in the hope of reaching what they conceive of as social and economic havens is testing faith in the advantages of freedom of circulation throughout Europe. Walls and fences have sprouted in the migrants’ path, from Hungary to Calais, in the North of France, in an attempt to protect the European fortress from the waves of outsiders trying to get in. How do we square freedom of movement with the migrations of refugees? Or, better yet, what does the refugee crisis tell us not only about free circulation, but also about liberty itself?

We have been witnessing for quite some time a mutation in the concept of freedom, a transformation that the successive crisis of migrants and refugees — on the Mexico/US border, in Africa, in Southern Europe — have only made more apparent. The notion of freedom was originally applied only to people, who should be free from violence, danger, etc., and free to engage in the pursuit of happiness in whichever way they saw fit, as the US Declaration of Independence would have it. These two streams of freedom roughly correspond to the negative and positive liberty theory developed by Isaiah Berlin in the mid-twentieth century.

With the development of economic modernity, however, human freedom became increasingly associated to economic liberty, to the point where the former runs the risk of being eclipsed by the latter. Writing at the dawn of capitalism, Immanuel Kant already tied freedom of movement to that of commerce in his famous essay “Perpetual Peace: A Philosophical Sketch.” On the one hand, each person has the right to be treated hospitably when they enter into someone else’s territory, a precondition for peaceful coexistence that has fed into today’s legislation on the Status of Refugees. On the other hand, the “spirit of commerce” that leads human beings to freely establish relationships with one another would also promote peace. For Kant, then, hospitality and commerce were two paths towards the common goal of a free and peaceful world.

From the 18th century onwards, freedom has increasingly become an economic value that displaced a more person-centered conception of the term. Human freedom has been reduced to an appendix of economic liberty, useful only insofar as it bolsters economic growth. Arguably, the Schengen Agreement was not about freedom of movement for European citizens but about the economic integration of European markets.

Nowhere is the contrast between human and economic-based freedom clearer than in current discourses about the refugee crisis. While the migration of highly skilled professionals and other workers needed to fill gaps in the labor markets of advanced economies is generally welcome, refugees tend to be looked down upon as a burden to a nation. Even when they try to justify receiving large numbers of refugees in their countries, European politicians are forced to resort to economic rhetoric by pointing out the benefits of rejuvenating the ageing European workforce with youthful migrants.

Freedom of movement for people, for the sake of their being-people, is on the wane. Beneath the veneer of humanitarianism, the economy rules supreme. The current refugee crisis unfolding on the borders and at the heart of the European Union reveals that liberty is only for those who promote economic growth. The freedom of circulation for commodities, capital, and a few select people will continue to hinge upon the shackles of the many refugees trying to reach European shores. 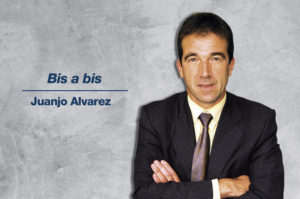