Daniel INNERARITY: Tax Havens and the Return of the Pirates

Piracy is no longer a historical curiosity or a simple metaphor. Pirates are among us, adopting various forms in a multitude of realms: pirates of the air and seas, radio pirates, parliamentary pirates, global terrorists, computer pirates and hackers, viruses, illegal immigrants, squatters, biopirates, tax havens, etc.

The pirate is part of the contemporary social imaginary of globalization, where there is a convergence of predatory capitalism, networks that escape the states, and the libertarians of deregulated cyberspace. We must ask ourselves if this reappearance of piracy gives us any clues to better understand the current world, its promises, and its dangers.

As a starting point, we could consider the contrast between land and sea that is part and parcel of our geopolitical imaginary. Carl Schmitt, in the period between the wars, bemoaned the fact that the land or continental powers, protectors of security and property, were growing weaker in the face of the maritime, liberal, and oceanic powers. This schema is the backdrop for all the political debates of modernity, which have revolved around a fundamental distinction between autarchic terrestrial states and limitless maritime powers, the collision between a political philosophy of the land and a political philosophy of the sea, between a belief in limitation and a belief in limitlessness. The modern nation state arose precisely as a response to the disorder of the sea, to that which is mobile, unstable, floating, fluctuating, and elusive, which is symbolically personified by pirates. For Schmitt, an ultraconservative, that which is finite and completed would represent the ideal, in contrast to that which is open and incomplete, typical of liberal societies.

Everything seems to indicate that the battle is currently tipped in favor of what Bauman has called the “liquid world”: globalization is driven by general fluidity, the liquidation not only of the old borders, but of the very idea of the border, which becomes obsolete in a deterritorialized space. The sea, this unformed, unmarked medium, the universe of danger and conquest, is now a risk society, deregulated spaces of finance and consumption, upon which the old nation state appears as a power without authority. There is nothing surprising about the figure of the pirate reappearing in a world like this or maintaining its ambivalence between freedom and barbarity.

The pirate embodies the type of enemy who does not threaten any country in particular as much as land nations in general, not any specific sovereignty as much as the idea of sovereignty in general. The pirate “defies all forms of organized respectability,” as Philip Gosse says in his renowned The History of Piracy. For that reason, I do not believe it is an overextension of the metaphor to affirm that piracy represents a new form of being in a world that has become liquid. I am not only referring to global terrorism but to current forms of globalization that employ looting as a model. We could consider the behavior of consumers, so similar to pillaging (as revealed on the first day of major clearance sales at the largest retailers or by any form of consumption that implies damage to the environment).

The analogy also proves its worth if we examine the present-day ideological panorama, more liquid than terrestrial, with political strategies that are closer to piracy than to traditional action. Current ideological disillusionment is manifested in the fact that neither the left nor the right is particularly interested in working within the habitual representative channels. Both conservative individualism and radical leftism view themselves as “anti-establishment movements,” as “para-politics.” Both groups see the pirate as the paradigm of the fight against the rigidity of the state or against the neoliberal order; for various and even contradictory motives, piracy is considered the most adequate strategy for the economic and cultural evolution of capitalism. Some groups appeal to a civil society and others to the multitude, both very liquid concepts. The right prefers the market over the state, and the left—rather than the traditional forms of labor or social protest, institutional or armed struggle—poses substitute battles like exile, defection, or nomadization.

One of the most telling entities of contemporary piracy is the tax haven, these places without identity, taxation, or residency requirements. What is claimed there is the unusual right to fully abandon political space, avoiding the taxes that are a symbol of territorialized power. These islands where laws are not in force reverse the relationship between the land and sea: solid land is now on the periphery of a liquid world, the states on the periphery of the financial world. It is as if we were living in a world in which the sea had taken power over solid land. That is why it makes sense to interpret the current battle against tax havens as the revenge of the terrestrial powers against the irregularities of the new deterritorialized power.

Cyberspace also provides a great number of maritime and pirate metaphors. Surfers move about there too with the same libertarian logic with which financial experts invent products to escape possible regulation. Hackers sneak through flawed portals in the web, and financiers seek offshore spaces just as pirates circulate between sovereign spaces. Like historic pirates, those who navigate the web live in an archipelago over which the powerless state does not hold a monopoly on legitimate violence.

Piracy is a sign of a lack of regulation, whether because there are new types of property, common goods that are hard to classify, or innovations that present normative problems. The new piracy is especially due to the current profusion of public goods, the lack of definition as to their nature; it responds to the fact that it is not always clear who is in charge or the identities of the competition, the owner, the creator, etc.

How can we combat pirates in a liquid world in which there is not, strictly speaking, a battleground?

The repression of piracy in the 18th century provides a model that, despite some obvious differences, can help us get our bearings in the battle against global crimes. The Alien Tort Statute, adopted by the United States in 1789 in an attempt to eliminate pirates, affords us some clues as to governance and global justice: open debates, broader consensus, the unification of criteria and laws. There is no solution but to overcome the principle of the territoriality of the law in accordance with the deterritorialized nature of the threats we are confronting, creating a system of laws that is more “maritime” and less “continental,” making it isomorphic with its object. 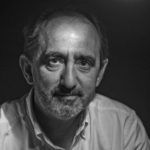 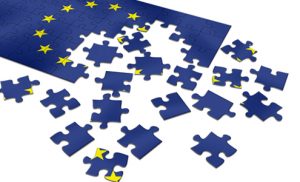